Step 1 of Fault to Console 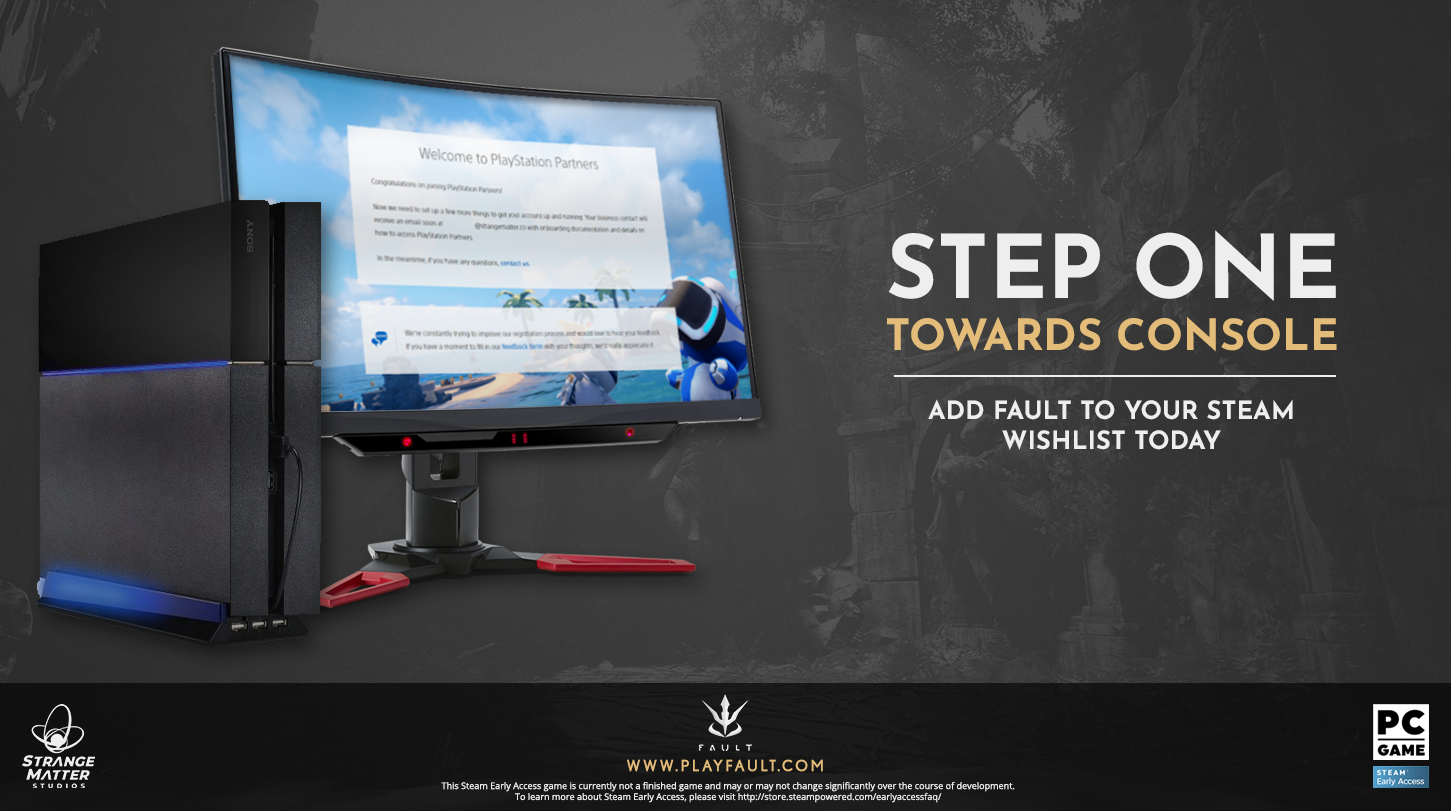 For Strange Matter Studios (SMS) to tap into the full demographic of old fans of Paragon, Fault must make it to console.

Fault now has the opportunity to officially be a game that can be played on console as well as on PC.

Stranger Matter Studios had this to say:

“One of the most frequent questions we’ve received here at Strange Matter Studios is: Will Fault be available on console?”

“We are happy to announce that we have succeeded in our first step towards that goal, we have been accepted as Playstation Partners!”

“We will continue to avidly pursue full console access and keep everyone updated on our progress.”

There is no update as to when we will see Fault officially launch on Console. However, when the game finally does make it to console it will be in year 2021 at the earliest.

This is a step in the right direction as 70% of the Paragon player-base was on console.

Big thank you to SMS for everything they have done so far.