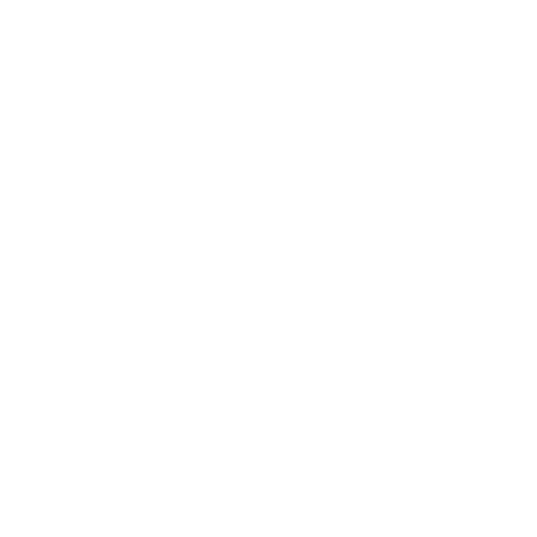 As music tends to silence in its crescendo, this guide is the finale of guides written before Fault Early Access. Welcome back Faultarians, to the last guide before EA. This is the White Aspects guide, and it’s here to culminate the knowledge gained in Blue, Green, and Red, teach how to navigate the sheer complexity of White aspects and items, for there is much, much more going on here than in the other guides. This guide will list the White aspects, how they change playstyle, mono color synergies, multi color synergies, and item suggestions for each aspect synergy (the item suggestions even more than the other guides, will be heavier on theorycrafting than the others as White has the most synergies between all items in the game). Though to answer firstly, who wants White? Primarily speaking, the role that uses White the most is that of Supports.

Supports generally have powerful kits and often team up with the team’s Carry to protect them or harass the enemy Carry. Supports have highly impactful items in order to make sure that they can properly support their team. They also make less gold income, being unable to farm any type of Minion. In order to mitigate this, Fault has an item called the Scrying Stone (5% CDR, 50 HP, 0.5 Mana Regen. Passive: Gain 1 stack of Valor every 10 seconds, up to 3. Attacking enemy Heroes or healing/shielding allies consume 1 stack per cast/attack, giving 25 gold per stack consumed. Active: Place a Shadow Ward. CD: 150 seconds. 450 Gold). Scrying Stone is absolutely every Support’s starting item.  With all this pre-aspect information settled, the next section is the White aspects themselves.

Beginning with the Templar aspect, if you choose to take it, Templar changes your item choices to prioritize Armors and Mana Regen. This way your team can gain bulk from being near you and you can continue gaining constant shields through skill usage.

Clairvoyant is quite unique. With White items having a lot of Active abilities, this incentivises you to build as many Active items as you can. Clairvoyant also encourages more map awareness as your Shadow Wards from Scrying Stone now last longer also.

Bishop is a little bit more of an enhancement aspect as opposed to a playstyle change. It can encourage you to build big items that heal + shield and have more than 1 potion for greater sustain. This is simply what they do, and now it is discussable how they synergize with each other.

Starting with the synergy between Templar and Clairvoyant, pay attention to items that have Active abilities and Armors. This will enable you to get the most out of this build. It’s very potent for team fighting, as you’ll have bonus resistances for your team, shields to sustain yourself, and have your item actives come up sooner.

Templar + Bishop is a powerful way to both sustain through building resistances, having a shield on skill use, and extra potion duration while also being consistent in giving resistances and attack speed to your team. Extra potions and resistances should be strongly considered when building this.

For the final combo between them, Clairvoyant + Bishop encourages powerful team fights through sustain, more frequent attack speed buffs in team fights as well as reconnaissance in the mid-late game. Take note of powerful active items that heal or shield when using this aspect combo. White however, has one of the highest synergies with aspects and items for other colors as this guide is about to reveal.

Of the aspects in other colors, Blue and Green aspects have the most synergy with supports. Red (and currently Purple) requires too much income and is too ineffective for the support role as you don’t CS to gain bonus gold nor have extra sustain, nor do you build Crit damage items and even if you did, you’d be getting them at a point where they’re not as effective due to lack of gold income. Following are the highest synergy aspects with White aspects.

Magician. This aspect synergizes well with any of the 3 White aspects for different reasons. Magician + Templar allows for abnormal mana sustain for the shield Templar provides. Magician + Clairvoyance permits the support to build anything CDR to use abilities and item actives all the time and this combo is very good for poking and frequent team fighting due to reduced CDR on abilities, Ultimate, and item actives. Finally, Magician + Bishop promotes poke heavy gameplay with balanced sustain (HP/Omni potion) or unholy amounts of poke with (Mana potion) with constant heal/shield buffing your allies while getting reduced Ult CDs. Next is about Green aspects.

Of the Green aspects, both Titan and Rook synergize with supportive playstyles. Titan + Templar is a little more strange of a combo, despite the fact that it seems obviously tanky. Titan demands to build HP, while Templar wants you to build Armors. You and your team get bonuses from each of these of course, but the itemization is very picky. One suggestion is to take this when your enemies only have Physical damage mainly so you can focus on PA and HP for some obnoxious tankiness as a Support. Titan + Clairvoyant means you will build HP items with actives on them to get your full benefits from this combination and is effective in lobbies where active items and HP is great as a defensive stat. Titan + Bishop offers a lot of sustain and decent stats for surviving early on. If you need to survive lane and want to sustain in big fights for sweet stat boosts, this combination seems viable.

Rook + Templar has direct synergy and is a good counter for mitigating CC lock compositions through the shield gained from spending mana and walking away by using your extra defenses gained from Rook. Rook + Clairvoyance seems like a very, very hard counter to CC, due to a specific item either allowing you to be tankier from Rook, or having more opportunities to endure CC to use your active items. Rook + Bishop is fairly potent in a high CC lane or having a “I’ve endured the CC, now my team can go crazy with their extra Attack Speed from my abilities/actives.” This combination could be valuable on squishier supports as well, if the CC is too high in-game. Onwards towards item suggestions for these builds.

Due to the vast differences in Support playstyles (Poke/Sustain/Kill/Disengage, often in multiple combinations) to write a general build of “build X item here” is actually unhelpful and cloggy. Therefore, these item builds will list items that are good for each aspect combination, discussed in the previous section.

Items for the Templar + Clairvoyance combination include:

Items for the Templar + Bishop possesses 1 change,the addition of Siren’s Call, listed below. The two items that gain much potency however are Robe of Miracles + Blessing of the Divine. Due to Bishop also granting them an attack speed boost with their healing + shielding effects.

For the final combination, Clairvoyant + Bishop here are the items most usable:

With all those items done, time for Multi Color item builds, this could get whacky.

This section is about Blue + White combinations, designed for Casters.

Many of these items have warnings because with this build, you want to build 40% CDR while building Armors at the same time and not many items cover all that. The highest synergy items are Warlock’s Aegis, Robe of Miracles, and Purity of the Ancients. The next combination is...

13 items is an overbearing amount, but the items that look best to build for Magician + Clairvoyant are Telepath’s Trinket, Robe of Miracles, Traveler’s Augment, Purity of the Ancients, and Siren’s Call.

Now for an item list for Magician + Bishop. This wants CDR with Heals + Shields.

As it turns out then, building Mana Lens may be a bad idea unless you focus on getting Boots of Haste (100 move speed. 10% +1 CDR per rank) so you can afford to get mana on your items so you can gain EP from Mana Lens. With the final combination of BLue + White out of the way, this guide can now turn its attention to White + Green items.

The first aspect combo to tackle is a strange one. Here are good items for Titan + Templar aspects. You want to focus on building both HP and Armors.

The next section is all about Titan + Clairvoyance. This focuses on building HP and Active items. This will have less items listed, ones that fully synergizes with this build.

All these items have HP + Active abilities.

These are the highest synergy items with Titan + Bishop.

As covered in the Green guide, Rook doesn’t really change how you play nor your build. This means you can focus on your White aspect portion, such as building resistances with Templar, active items with Clairvoyance, and heal/shielding with Bishop. Whatever green/white items synergize with these, building those is a great way to build any combination of Rook + White aspect. This leads us into the final section, Boots!

For supports, you have a solid choice of 3 different pairs of boots, taking note of how they synergize  with your build. For example, Inertia Wraps (100 Meve Speed, 17 +1 PA per rank, 30% endurance) are effective in any Templar build if the game calls for them. If you have need CDR because your other items lack it due to your build, Boots of Haste (100 move speed, +10% +1% per rank CDR) is the best way to mitigate CDR issues, perhaps with some Magician builds. If you have plenty of CDR but need some punch to your Magician poke, Warlock’s Wares (100 move speed, 13 +1 Energy Pen per rank) will certainly help you out with effective poke. Building one of these pairs of boots to allow for faster travel and covering holes in your build is necessary.

With all that coverage, I certainly hope that this didn’t bog too badly. This is by far the biggest guide yet. Be sure to get on the lookout for specific builds for any Hero that can play Support and decide on some items listed here. Supports have the greatest item + aspect flexibility in the game, so this makes it tough to discuss, even on general terms such as this guide. This, for an unknown duration finishes the Aspect guides. See you on the Faultline!